This is just one of the reasons mentioned as to WHY a smart individual would consider developing another stream of income using netWORK marketing as a vehicle..

Be Free, Not Rich

There are a lot of broke, rich people. By broke, we mean this person lives large paycheck to large paycheck. If they don’t have their next “job” lined up they risk losing everything. Many real estate agents, car salespeople and other professional sales people fall into this category.  In a sense they are “unemployed” between “deals”.

To avoid becoming a broke, rich person, you must first take financial matters into your own hands. You can and MUST take control of your situation, no matter what it is, and enjoy financial freedom.  You are “Response-Able” for your economy.

First, determine exactly where you are, and where you desire to go, and then ACT to increase your financial IQ.   Simple things like opening a book, reading financial information, attending events, or finding a mentor are just a few examples of how you can start your financial education. Just DECIDE and follow up with action!

Financial freedom requires effort, work, time, and multiple streams of income that pay out at different times…thus “smoothing” the peaks and valleys that occur between “deals”.

It is simple, not easy. Are you willing to put in the effort, work and time?

Getting to debt free

You may be in a position where your personal debt is getting in the way of achieving financial freedom.   My wife and I have been there done that.   Once we learned how money works, we implemented a plan (with coaching) that would lead us to becoming debt free much faster than we had originally anticipated.   Remember getting “debt-free” is merely getting to zero. You must have goals for your life and money after the zero point is reached.  The bigger your goals the better.

Here’s what we did – and what you CAN do – in six simple steps;

Have a Blessed Day;

Whatever you call it, the evidence strongly indicates that either a sizable minority or a slim majority of Americans are on thin ice financially. How thin? A 2014 Bankrate survey, found that only 38 percent of Americans would cover a $1,000 emergency-room visit or $500 car repair with money they’d saved.

Respondents were asked how they would pay for a $400 emergency. The answer: 47 percent of respondents said that either they would cover the expense by borrowing or selling something, or they would not be able to come up with the $400 at all. Four hundred dollars!  That’s two flat tires on the same day, or one broken windshield or a busted water heater.

Two reports published last year by the Pew Charitable Trusts found, respectively, that 55 percent of households didn’t have enough liquid savings to replace a month’s worth of lost income, and that of the 56 percent of people who said they’d worried about their finances in the previous year, 71 percent were concerned about having enough money to cover everyday expenses.

What are you, or what could you be doing to generate another stream of income? At the end of the day people don’t really care about THE economy, rather they only care about THEIR economy and that is something you and I and every individual has complete control of. You can increase your skill set and beg your boss for a raise, or start your own business.

Bottomline > You are solely “Response-Able” for your economy.  You have the ability to CreateYourFate.

Much ado about nothing

So much angst and so much brainpower wasted when the reality is the person in control is you.  And the person who determines the state of your economy is you.  At any time you can acquire more skills, ask for a raise, increase your emotional intelligence, start a new career, develop another stream of revenue, start a business and improve your situation.

Always remember you and I have a personal “Response-Ability” to Live With Intention. 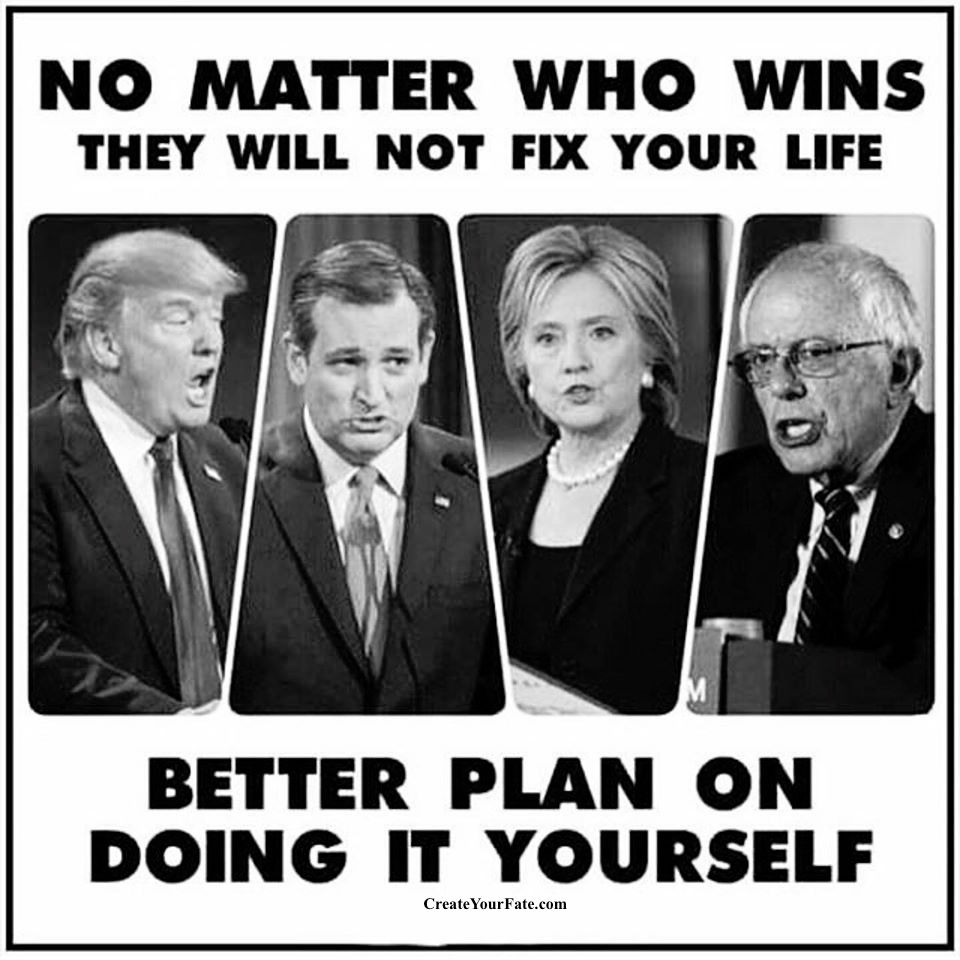